AMD is not a motherboard manufacturer but produces chipsets for 3rd-party manufacturers such as Gigabyte/Aorus, Asus, MSI, and ASRock. A chipset – as in a “set of chips” – is a set of components in a circuit that handles the flow of data between the CPU (processor) and other parts of the computer, such as the RAM (memory).

Motherboards based on an AMD chipset (X570, X470, B450, etc.) are designed for AMD processors including Ryzen, Athlon and so on. Different chipsets and their associated CPU socket are intended for specific CPU ranges/generations detailed below.

As of 2019, there are six different chipsets on the market that use the same AM4 socket for Ryzen processors: 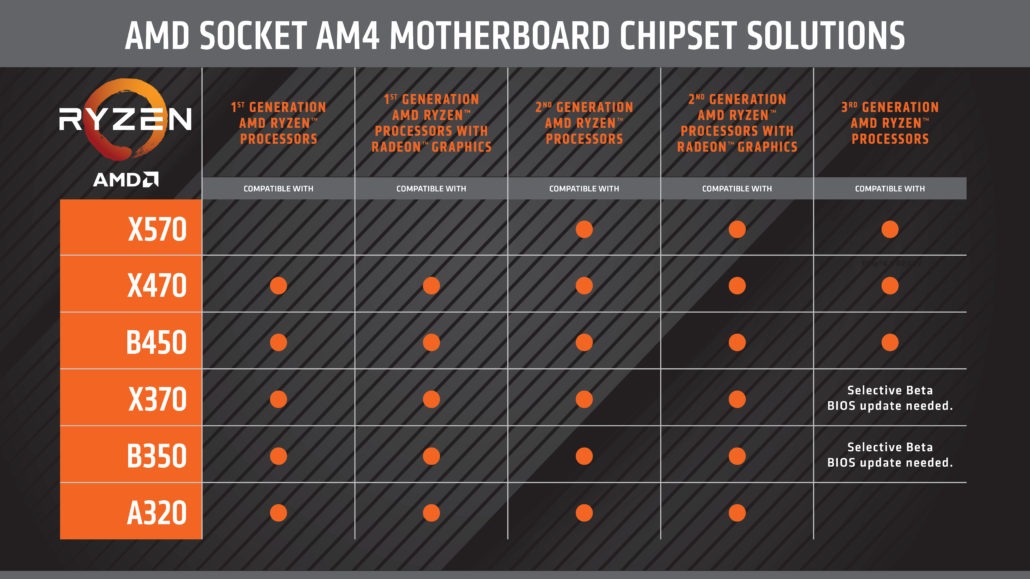 Additionally, the X399 chipset and the TR4 socket for AMD Threadripper processors support SLI/Crossfire as well as CPU overclocking.