If you’re building a new PC with a 3rd-gen Ryzen CPU and have no need for PCIe 4.0 SSD – or just don’t like the pricing on X570 boards – then there are good reasons to look at previous-gen AM4 motherboards. There are plenty of more affordable but still highly capable motherboards with the X470, B450, X370, and B350 chipsets. All of them are (at least in theory) compatible with the Ryzen 3000-series CPUs.

Unfortunately, there’s a catch: The older boards may need a BIOS update to work with the new processors. This is a problem for everyone who’s starting from square one with their CPU/mobo combination. Without an existing (previous-gen) Ryzen CPU installed, it’s not always possible to flash the BIOS on a motherboard from an earlier generation.

One way to be absolutely sure that you can just drop in your new 3rd-gen Ryzen CPU is to look for the “Ryzen Desktop 3000 Ready” badge on the box. This is AMD’s official way of letting you know that the BIOS is ready. Needless to say, all X570 motherboards have this designation, but many previous-gen boards won’t ship with a pre-applied Ryzen 3000 BIOS update.

So far we’ve spotted only a few exceptions with the X470 and B450 chipsets, and those are primarily the new(ish) MSI Max-series B450 and X470 boards.

If you are looking for an affordable way to house your new Ryzen CPU – without diving straight into BIOS updates – the MSI Max boards are hassle-free options. They also offer improved RAM (OC) support compared to the old versions. The X470 Gaming Plus Max is, unsurprisingly, the most full-featured alternative in our trio, but the B450 is almost as competent and a bit cheaper. MSI’s B450M-Pro M2 Max is a micro-ATX budget board that’s theoretically capable of housing a 3rd-gen Ryzen 9, but this unlikely pairing is not recommended (no VRM heatsink, for example). 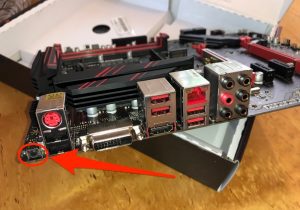 USB auto-flash BIOS button on an MSI B450 motherboard.

Another tried-and-tested solution to the BIOS problem is to opt for a motherboard that has been prepared for this very situation. Some manufacturers have included a means to flash the BIOS without any components installed. A few Asus boards come with the BIOS Flashback feature and MSI’s have the Flash BIOS button. ASRock and Gigabyte offer similarly-featured boards, but not with these AMD chipsets.

We’ve tested flashing the affordable B450 Gaming Plus motherboard from MSI with a Ryzen 3000 BIOS and it worked very smoothly, and so should the others. To make things a bit easier for system builders, we’ve put together a list of all (hopefully) motherboards with this feature and either the X370, B450, and X470 chipsets. Don’t hesitate to let us know in the comments if a board is missing or placed on the list in error.

This is a rather short list with only a few high-end ATX motherboards from the previous generation. These are not the boards you’re looking for if you want to build a low-cost Ryzen 3000 PC, as all three of them are premium boards. However, you can still save a great deal compared to their X570 counterparts.

Other than the lack of PCI Express 4.0, there are some additional compromises that may or may not apply to you. One is that the supported RAM speeds are lower than with the X570. Also, the maximum amount is 64 GB instead of 128 GB. Both the X470 and X570 use dual-channel mode at most. Some of the high-end X570 motherboards also offer faster-than-gigabit Ethernet, e.g. 2.5 Gbps or even 10 Gbps.

The two ASUS Crosshair VII models are virtually identical, with the only difference being an onboard Wi-Fi module on the aptly named Hero Wi-Fi. MSI has several more models with the X470 chipset, but only the premium X470 Gaming M7 AC comes with a Flash BIOS button. As mentioned previously though, MSI offers other boards in the Max series with a “Ryzen Desktop 3000 Ready” and a preinstalled 3rd-gen Ryzen-ready BIOS.

There are plenty of B450-based MSI boards that come with a Flash BIOS Button. Compared to the updated Max series, the non-Max versions of the same motherboards usually cost a little less. First, the ATX models:

Clearly, the B450 Gaming Pro Carbon AC is the most sophisticated board in this trio, with a feature set that exceeds many X470 models. The Tomahawk is a popular mainstream choice, while the MSI B450-A Pro is an entry-level alternative. If you are building an affordable Ryzen 3000-based gaming rig in an mATX case, you have additional options:

We have omitted the B450M Mortar Titanium here because it seems that MSI has stopped manufacturing the board. Some of the other models are also scarce. The Mortar, as in the non-Titanium model, is a rarity in the m-ATX segment, as it can technically host dual AMD GPUs in CrossfireX mode.

While there are a number of first-gen Ryzen motherboards with a BIOS Flashback feature and official support for 3rd-gen Ryzen, most are hard to find. And since they’re all premium boards with relatively high price tags still – but somewhat mediocre RAM support by today’s standards – they are quite difficult to recommend for pairing with a new Ryzen 3000-series CPU. You might want to make an exception for a refurbished specimen or in case of a clearance sale. In any event, these are the motherboards in question:

Looking for B350- or A320-based boards with a BIOS flashback feature (and Ryzen 3000 compatibility, which wasn’t guaranteed)? So did we, but didn’t find any. There are many more boards, including some with the B350 and A320 chipset, that support Ryzen 3000, but only through a conventional BIOS flash that requires an installed CPU.

Flashing the BIOS on an MSI Board with Flash BIOS Button

As mentioned earlier, we’ve already flashed an MSI motherboard via button and it’s extremely simple. You can do it before or after you mount the motherboard in the case, but before dropping in the CPU or anything else. Here’s a quick walkthrough:

Step 1: Download the latest BIOS for the motherboard from the ‘support’ tab on MSI’s individual product pages. In our case the B450 Gaming Plus.

Step 2: Unzip the BIOS file and copy it to the root directory of a USB flash drive. Any USB drive will do, but it should be formatted as FAT32 (MBR). This option is available after you right-click the drive and choose “Format” in Explorer. Change the file name of the BIOS file to MSI.ROM.

Step 3: Insert the 24-pin ATX cable and CPU power cable (and make sure that the power supply is turned on). 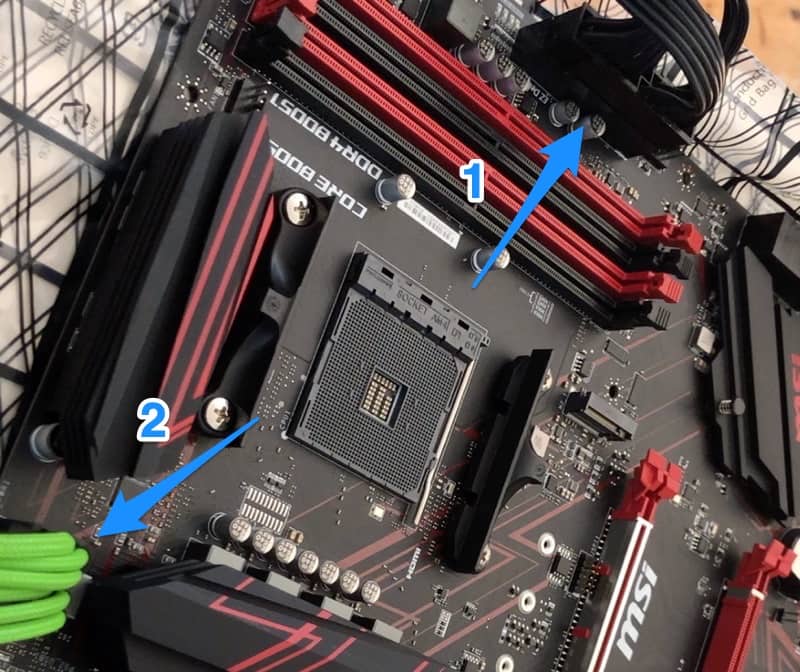 Step 4: Insert the flash drive into the USB port indicated by the manual and push the button. Now wait for a few seconds and you should see a flashing red light. 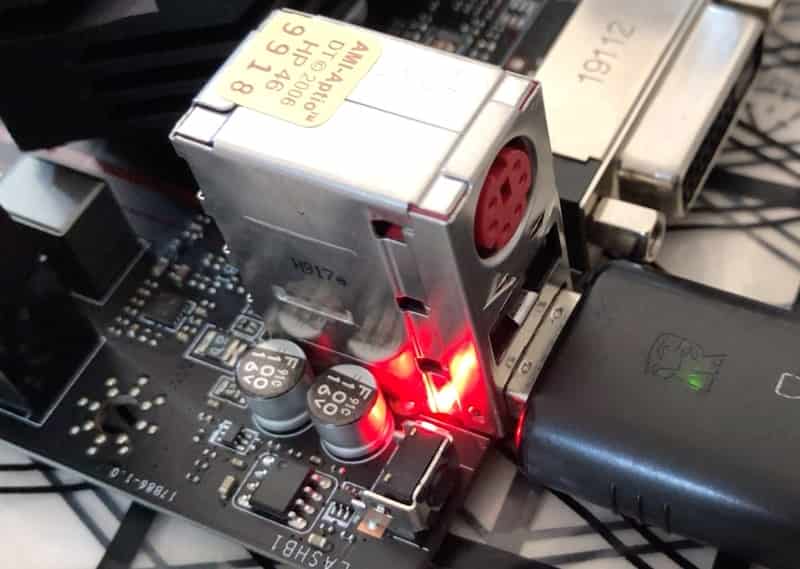 Step 5: The BIOS flash is now in progress and this will take several minutes. Go get some coffee or a beer, and prepare for dropping in your Ryzen 3600 or other 3000-series CPU and keep building that PC. 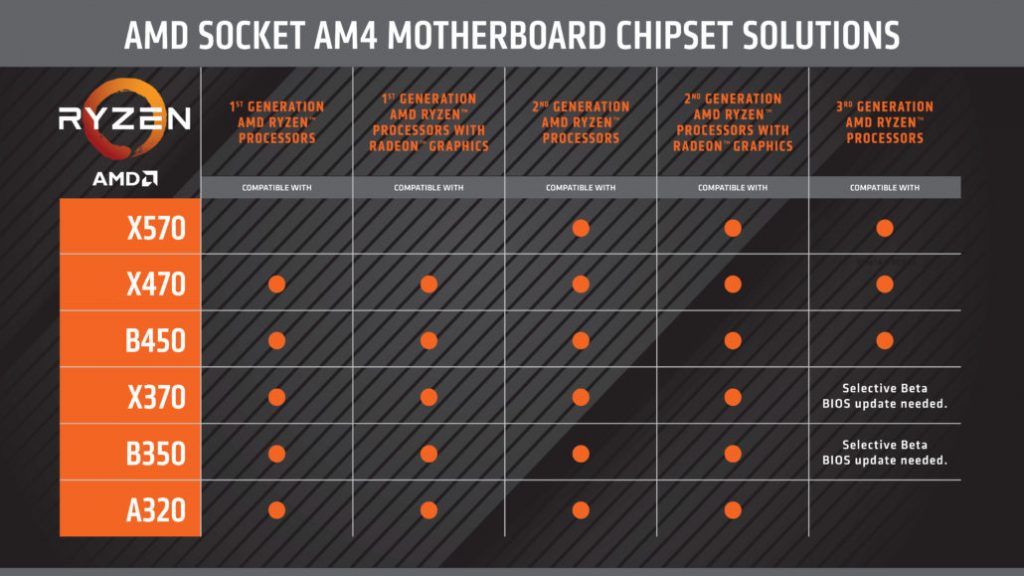 In case you didn’t read this article first and already went ahead and ordered a new motherboard based on what should be compatible, but wasn’t drop-in compatible, don’t panic.

AMD offers a “short term processor loan boot kit” that will get you started. If you own a qualifying Ryzen 3000 CPU and an X470 or B450 motherboard, AMD will send you an Athlon 200GE that lets you boot up and flash the BIOS in the traditional way. It will just cost you some time and trouble.

How to Unlock FPS in The Surge 2

The Best Mid-Range Graphics Cards Below $300 in February 2020