The RX 590 ARMOR 8G OC is one of two nearly identical cards from MSI, with or without a slight factory overclock (OC). However, both of them require two 8-pin PCIe power connectors instead of the reference model’s single 8-pin cable. This card also has the Armor cooling solution in common with several other mid-range MSI graphics cards.

In this case, the GPU is AMD’s RX 590, or Polaris 30 XT – a refined version of the Polaris chip previously used in the RX 480 and RX 580. It includes 2,304 shaders, 144 TMUs (texture mapping units) and 32 ROPs (render output units). What differs in this chip compared to the older variants is primarily the manufacturing process, which is down to 12 nm from 14 nm. This has allowed for 15% higher clock rates without increasing the power consumption.

Like nearly all graphics cards on the market based on the RX 590, the RX 590 Armor 8G OC is factory overclocked. Instead of the reference model’s 1545 MHz, MSI has increased the GPU boost clock to 1565 MHz. This is a less aggressive overclock compared to competing models from XFX and ASRock. And unlike Sapphire, MSI has left the VRAM clock unmodified.

MSI’s Armor lineup comes with a comprehensively tried and tested cooling solution. It consists of two fans mounted on a medium-sized heat sink. It is more compact than most competing RX 590 cards and only takes up two PCI slots. 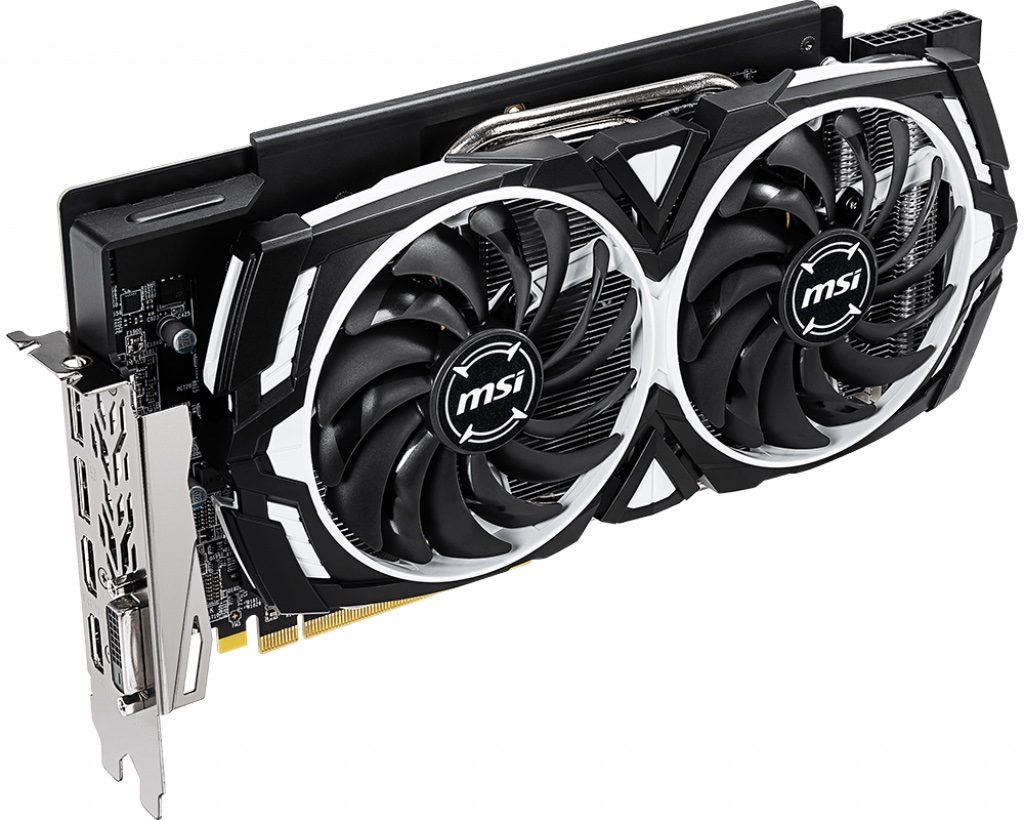 Thanks to the improved production process and higher clocks, the RX 590 is approximately 10-15% faster than RX 580 cards in games and synthetic benchmarks. MSI’s 20 MHz overclock adds card adds an additional 1.3 % on the maximum boost clock. Compared Nvidia cards in the same price range, any RX 590 is faster than an Nvidia GeForce GTX 1060 on average. But it’s normally slower than the GeForce GTX 1660 Ti (and much less efficient).

No professional reviews were available at the time of writing. 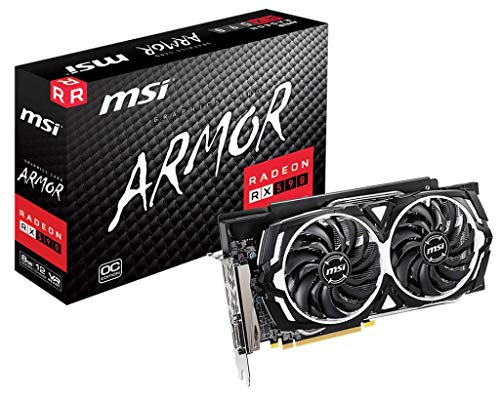