RAGE 2 is a post-apocalyptic shooter and sequel to the original RAGE which was released 2011. It is actually a collaboration of two renowned developers, Avalanche Studios, known for games like Just Cause and Mad Max, and id Software, known for the Quake and Doom games. This is expected to be one the best games of 2019 with better gameplay, combat mechanics, guns, and of course the graphics.

Here, we take a look at RAGE 2 system requirements and the best possible build to play without overspending. Also, check out this optimization guide for detailed info on how to tweak the game settings for optimal performance on your system.


*Prices are updated automatically every few hours but are subject to change between updates.

For the processor, we picked the AMD Ryzen 3 2200G instead of the required Ryzen 3 1300X. The reason is that the newer model (with integrated graphics that you won’t be using) is cheaper while offering the same performance. We also looked into the Intel i3-8100 for this budget RAGE 2 build, but it is too expensive for its performance. 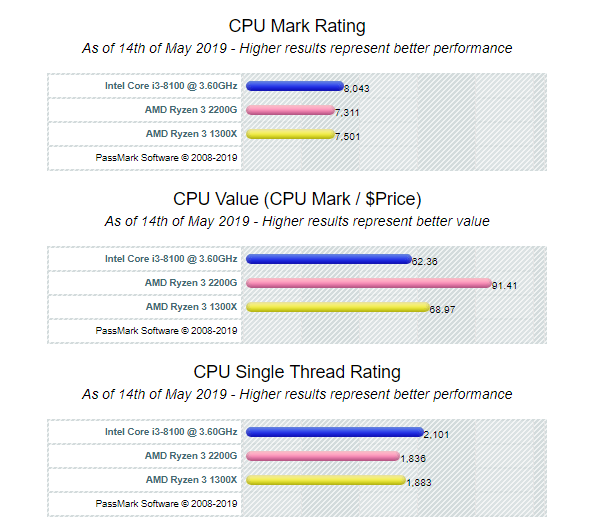 Naturally, we selected the most affordable motherboard that’s ready for plenty of upgrades in the future – more RAM slots, an m.2 slot, future CPU support, and other features that we might not use immediately. The Gigabyte B450M DS3H has all of what we are looking for and more, including four RAM slots, four SATA 6 Gb/s ports (plus an m.2), AMD CrossFire support, RGB header, and other tech that Gigabyte added into this motherboard.

Also, you don’t need a BIOS update for this motherboard to add support for the Ryzen 3 2200G. If you wanna go cheaper, we suggest you get the ASRock B450M-HDV R4.0. It has all the basics you need to accommodate the essential components for a very low price.

Since our selected motherboard has four RAM slots, we opted for dual-channel RAM modules, instead of a single 8GB RAM stick. For the price, we picked a budget-friendly kit from Patriot. Faster and more expensive memory may indeed improve your frame rates in RAGE 2 and other games, but the difference is minimal compared to e.g. a GPU upgrade.

We picked the 120GB Kingston A400 SSD as primary storage, which has been reviewed by us here and found to be a fully adequate basic SSD in spite of its very low price point. A cheap ‘White Label’ 1TB hard drive serves as secondary storage. This SSD + HDD combo gives you the best value in terms of faster boot time, caching, and loading while maintaining ample storage for future games and other downloads.

RAGE 2 requires an Nvidia GeForce GTX 780 or AMD Radeon R9 280 with at least 3GB of video memory. That’s pretty high as far as minimum requirements go. We first tried with the AMD RX 560 but it is way slower than R9 280. We also checked the GTX 1050 Ti and it offers similar performance as the R9 280.

We looked at the cards in a similar price bracket as the GTX 1050 Ti and also found the GTX 1650 and RX 570. For the lower price, RX 570 is way faster than any of the previously said cards, so we picked the RX 570, specifically one from PowerColor. An RX 570 4GB is usually the most cost-effective choice at this writing. If you can’t get RX 570, or prefer Nvidia, we suggest any GTX 1650 4GB at a slightly higher price point. For additional options, check out our latest rundown of wallet-friendly GPUs. 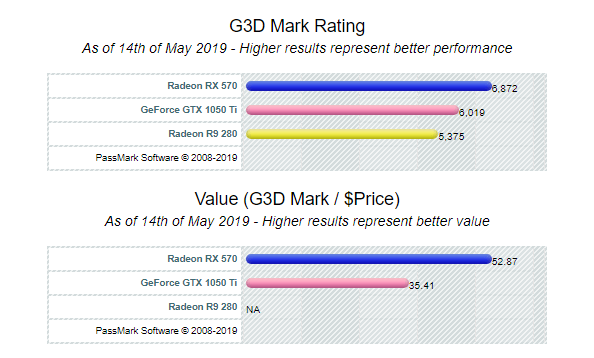 Our motherboard has four RAM slots, so it is wider than regular 2-slot micro ATX motherboards. A regular micro-ATX case can still fit our motherboard but it will be cramped and limit our upgrades in the future. Premium micro ATX cases are way too expensive. For the same price or lower, we picked the Corsair Carbide 100R ATX Mid-Tower case. This case can accommodate our components without any problems and has room for installing additional stuff down the line. 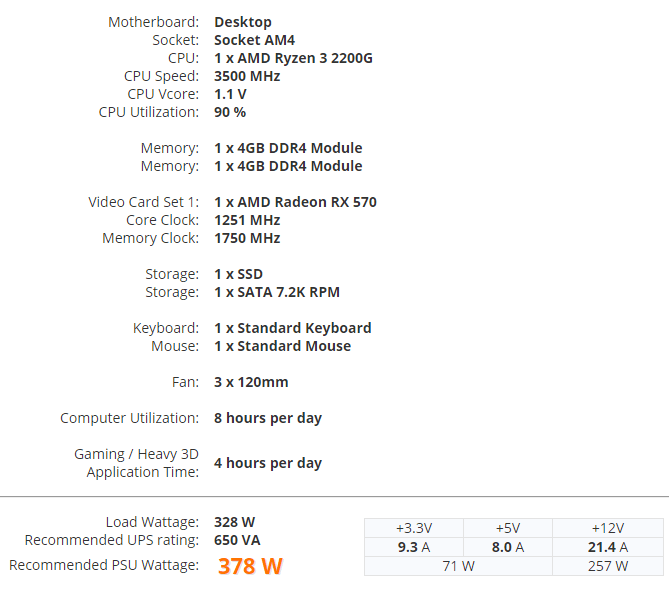 When stepping up to the recommended requirements – but staying on an AMD platform – we saw no need to change the motherboard or case. But we swapped out everything else, while still making an effort to get the best possible performance and value for our money.


*Prices are updated automatically every few hours but are subject to change between updates.

For the recommended PC build, we will start by upgrading our processor. RAGE 2 requires an Intel Core i5-4770 or an AMD Ryzen 5 1600X. The Ryzen 5 1600X is a decent performance improvement over the Ryzen 3 2200G, but it doesn’t come with a cooler so you need to buy it separately.

We looked at other options for the same price range as the 1600X and we found the Ryzen 5 2600. At a similar price point, the Ryzen 5 2600 has a lower TDP than the previous-gen Ryzen 5 1600X, almost no difference in gaming performance, plus: it comes with a cooler, which will lower the total. 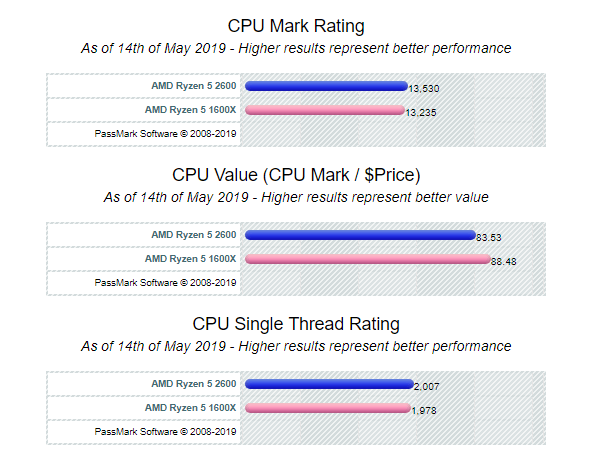 Since we’ve increased our budget and will opt for a more future-proof build, we increase the amount of dual-channel RAM to 16 GB but remain at an attractive price point with two sticks of faster (3000 MHz) RAM from Corsair.

Although the SATA SSD from Kingston is exceptionally affordable, it’s not in the same league as a PCIe/NVMe SSD such as our chosen (but still cost-effective) model from Silicon Power. This drive will most likely shave off a second here and there when booting up your PC or loading RAGE 2. In line with this overall approach, we opted for a roomier 3TB hard drive for additional secondary storage.

You will probably be fine with the aforementioned 450W power supply if you’re not planning on any overclocking or future upgrades. In this case, however, we’re expecting that you might actually do something along those lines, so we chose a somewhat more powerful PSU from EVGA. 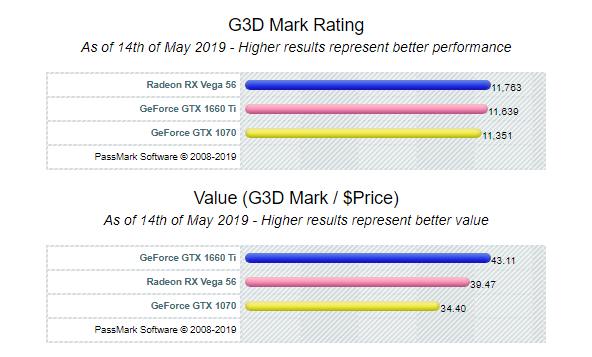 
*Prices are updated automatically every few hours but are subject to change between updates.
For the Intel build, we will only change the processor and motherboard from our recommended AMD PC build. The other components will be the same because there is absolutely no need to change them based on our previous discussions. For the processor, we picked the Intel Core i5-9400F which also has 6 cores and is a little cheaper than Ryzen 5 2600. It’s slower in many circumstances but notably offers better gaming performance.

As our motherboard, we picked the ASRock B365M Pro4 Micro ATX. This is one of the cheapest motherboards for the i5-9400F that doesn’t need a BIOS update. It has four RAM slots, two slots for m.2 drives, RGB headers, and is Intel Optane Memory Ready. Heat sinks are also built-in around MOSFET and chipset for stable performance, especially if you upgrade to an i7 or i9.

RAGE 2 has some of the highest minimum system requirements so far. As a result, any PC that runs RAGE 2 at minimum settings is fairly competent, in our case thanks to the RX 570. Stepping up to the recommended requirements, on the other hand, will get you a PC that should run future AAA titles with playable framerates for at least a couple of years without upgrading.